Onto the final two drama ceremonies of the year! The red carpet MCs were Boom and Jung Chaeyon of IOI fame, while the MCs on stage were Lee Hwi Jae, Minah from Girls’ Day, and Jang Geunsuk.

[Note: I will be focusing on translating the interviews and speeches for Romantic Doctor Teacher Kim for the most part, because I adore that show and I’m out of time at the moment. UPDATE: Yoo Yeonsuk and Seo Hyunjin’s table interview has been translated. I’ve also covered Moon Lovers and some Jealousy Incarnate interviews. If there’s someone whose speech you want me to translate, shoot me a comment below! Also I can’t catch the name of every staff/PD/person they thank so I’ll just list them by their titles 🙂 ]
Sadly, there wasn’t much of a focus on red carpet interviews. Some stars merely said a few sentences. Park Sungwoong hoped Jo Jungseok would sin the Daesang. Namgoong Min gave a shout out to his Beautiful Gongshim co-star (and MC of the night) Minah saying that he’ll be looking forward to their MCing. Seohyun and Jun Hyosung danced about on the red carpet. Yoo Seungho gave a smolder on the red carpet and Lee Minho shot finger hearts everywhere.

END_OF_DOCUMENT_TOKEN_TO_BE_REPLACED

It’s been a hell of a while since I last posted here what with university and life managing to drag me out of blogging (but not out of drama watching!). Today seemed like a good day to get back into things with the 2016 MBC Drama Awards. Everyone usually walks away with an award here, and my ultimate favourite, Ji Sung (who’s making a drama comeback soon!) walked away with quite a few last year. Let’s see what this year had to bring!

[Note: MBC has seperate categories for mini-series and daily dramas. I will be translating the speeches and wins of the more prominent award winners. I’ll be skipping PD and writer names if I can’t catch them at times. I’ll also be skipping those in the daily drama category and focusing purely on mini-series and weekend dramas. Winners are bolded among the nominees. ]

The MCs for the night were Kim Gukjin and UEE, who looked lovely although far too skeletal. The nominees for the Daesang were:

END_OF_DOCUMENT_TOKEN_TO_BE_REPLACED

Heaven know why but I”m more nervous than Jisung as to the outcome of tonight’s drama awards. Having been snubbed for the grand prize at the Baeksangs, I’m praying this’ll be the night he is properly honoured for his talents. I did download the complete ceremony but MBC’s being slow with updating the clips so some videos are missing 🙂 In the meantime I’ll post translations of all the speeches.
EDIT: JISUNG WON THE DAESANG PEOPLE!
The hosts for the night Shin Dongyup and actress Lee Sungkyung (who did an opening song and dance for the ceremony) did start off by telling winners to try and make their speeches as brief as possible due to this being a live broadcast and not wanting to run over time, which I thought was a pretty poor move to make that chances are that you’ll forget someone if you speed through things but there you go! END_OF_DOCUMENT_TOKEN_TO_BE_REPLACED

So the 51st Baeksang Awards ceremony took place today. I can’t speak for the movie categories seeing as I’m more of a drama person but seriously, Ji Sung was robbed. As much as I like Lee Sungmin that Best Actor award had Ji Sung’s name etched on it. And yet, he lost out. I wonder why fair award shows are such a rarity regardless of what country you look at.

END_OF_DOCUMENT_TOKEN_TO_BE_REPLACED 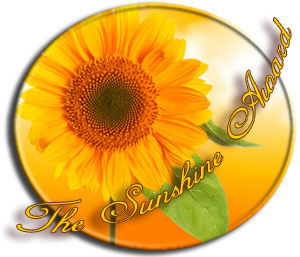 I am so so late with this. Thank you so much to snow-nim for nominating me for this! The guidelines are as follows:

Here are her questions!
– Your favourite TV series other than Asian.

Sherlock! It’s honestly the only Western TV series I watch. I usually just stick to movies with that hemisphere. – —

– Your favourite actors/actresses: Korean and Non-Korean

Home! There’s this scent unique to one’s household that’s more comforting and welcome than any perfume can aspire to be.

– Most inspiring quote from a movie.

I don’t know about movies, but this one line in Kill Me Heal Me really got to met. It was in Episode 7 when Oh Rijin was trying to convince Yoseob to come down and not kill himself. She said “Everyone has several people living inside them. There’s the me who wants to die and the me who wants to live. I live everyday fighting with the me who wants to give up and the me who wants to at least grab at straws. You don’t have the courage to fight.” That was just so beautiful and so expressive of what so many million people go through around in world be in some form or another. We’re all connected by that shared pain.

– Is chemistry all about skinship and kissing?

Nope, not in my book. I mean, look at Healer where all he had to do was orchestrate that hand-holding date scene and I nearly snorted up blood. Or at Liar Game where Ha Woojin the perfect simply said “Dajung-ah” and my soul left my body. Or even at the most recent scenes of Lieutenant Yeom Mi and Jaehee in one room together. He’s a killer and she the intended victim, yet there’s the incredible awareness between the two of them that has be both weirded out and fascinated. I think one of the reasons I enjoy Kdramas is because they show that chemistry isn’t all about getting hot and heavy. I mean, sure sex is all fine and good (these people in Western dramas do go at it don’t they?) but it’s not the foundation of a relationship and I appreciate the shows that do take the time to prove that mutual trust and respect is equally, if not much more important that pleasure. Okay, that was long.

I’m still undecided on this. I find that listening to ballads by my favourite groups is fine but I tend to get quite bored with those of other groups unless the song knocks me out of the park. And that’s pretty rare (Vixx’s I don’t want to be an idol was one of the rare shockers though. Great song.) Drama OSTs tend to capture my heart far easier be they ballads or not, but I get instantly irritated if they milk it too often (You aaaare my destinyyyyyy). So it really depends on the singer/situation!

Are you into Kpop? If yes, then your favourite group/artist. If no, any other favourite band or singer.

Super Junior for sure. They’re technically what anchored me to Kpop for the past five (going on six) years. I love some members more than others and wish other would just grow up (*coughcoughKangin*) they’re a group that will remain eternally dear to me. In terms of music though, Vixx really does have very solid releases. Other groups are hit or miss, especially girl groups.

Here are my nominees

And here are my questions!

If you could be a character in a K-drama/tv series, who would it be and why?
What is your least favourite K-drama/tv series of all time and why?
What in your opinion is the greatest difference between Western actors/actresses and Asian ones?
What are your views on the Hallyu Wave? Do you think it’ll continue to go strong?
You Who Came from the Stars, awesome or overhyped?
Most badass female character you’ve ever seen onscreen?