I seriously don’t know how/why I keep getting hits on this page when I’m such a lazy bum and haven’t updated it in so long. What came so easily during the second and third years of my undergrad gets more and more difficult as I keep losing time in my final year. Thank you so much to those who still frequent this corner of the web! And if you haven’t seen Defendant, please do.

Now I could write an ode, like I did with Romantic Doctor Teacher Kim. But odes are based on the premise that words can capture or do some justice to an experience. I can’t describe this. The acting, writing, directing, music (say goodbye to excessive osts, 99.9% of everything’s instrumental and perfect), everything is so bloody brilliant that my jaw spends a lot of time on the floor. 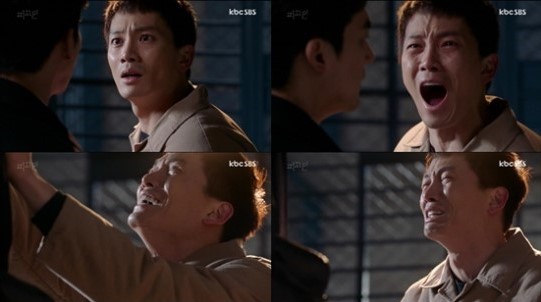 Ji Sung’s acting can’t be put into words. That anguish on his face, in his eyes whew. I actually couldn’t take it from the first episode and left it for marathoning, which I did over the past three days, and it feels like I’ve been through the wringer, honestly. You only had to looa t his face to know what he was feeling. Ji Sung’s always been an expressive, brilliant actor, but he went to levels I never believed possible here. This probably sounds like an exaggeration, but honestly, it really, really isn’t. 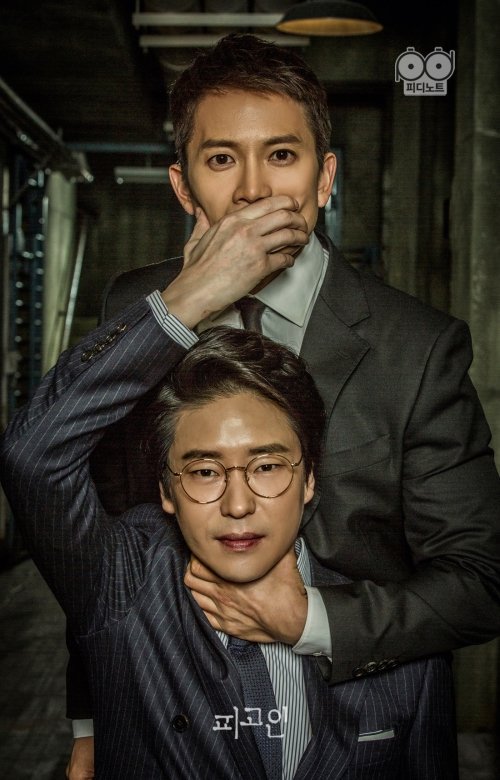 Uhm Kijoon finally gets a breakout role as the villain,and he’s so good at being twisted, murderous, and hateful that I’m always going to wonder if he’s secretly psychotic. The reversal in the above posters says it all, and was all that kept me going through the first 9 episodes of pain. Cha Minho (Uhm Kijoon’s character) was heinous enough to the point where Ji Sung had to reassure viewers himself that their frustration would be relieved! 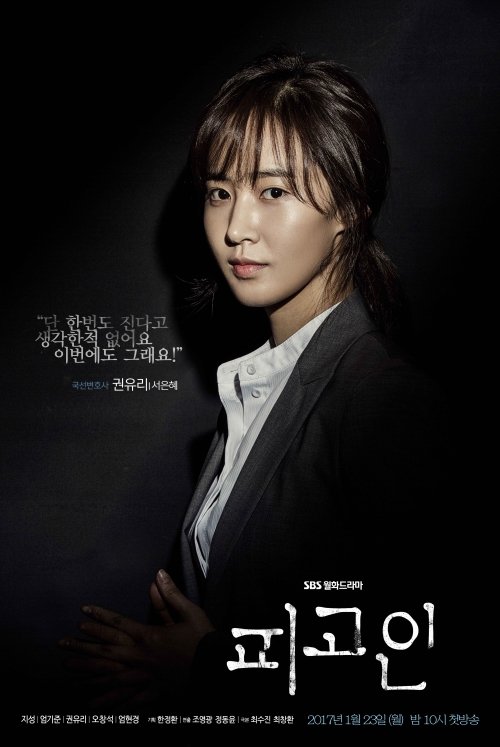 Yuri is green but not nearly as awful I imagined. She brings a warmth to her character that brightens up how dark the drama is. And I mean dark. It’s an incredibly painful watch. The first 9 episodes will have you wanting to scream at how horrible the world can be and weep for this poor anguished man who has been the victim of its injustices. I know I did. If you’re expecting her to have a major role, then you’ll be disappointed. The show fleshes out its characters beautifully, but due to Korean netizen backlash on her acting, Yuri doesn’t get a whole lot of screen time. I would have cheered at this earlier (not due to disliking her but her acting) but she’s not that bad (not as bad as Ji Sung’s previous costar *coughcough*) so it’s a shame.

Kim Minseok was always a promising actor but I didn’t think too much until his performance here. It’s a combination of the Ji Sung-Effect and his own incredibly hard work and constantly applying those skills Ji Sung’s helping him with. This guy will go far.

There’s nailbiting, incredibly tense jailbreak (twice!), car chases, murder, and so much more. These actors can make you hold your breath during a mere conversation. But there’s love, friendship, trust, loyalty, between family, between fellow prisoners, between Jungwoo (Ji Sung’s character) and Eunhye (his lawyer), between him and his daughter, between former enemies. There is light in the darkness of Jungwoo’s prison cell and with the help of everyone around him, he finds a way out and in turn helps them out. And unlike other dramas that show the law as corrupt but redeemable (a premise I accept only insofar as I want the characters I love to get their happy ending), Defendant shows the law as fundamentally broken and irredeemable. It does not locate hope in law but in people and in a concept of justice that goes beyond the law, while making use of it.It’s such a stellar watch and I can’t recommend it enough. Fans of Liar Game, you’ll be even more tense here (and also in pain because there’s just so much pain!). So as Defendant heads into its final week (aka. airs its penultimate episode tomorrow!) I’m terrified and curious and eager, because this has been one hell of a ride and worth every minute I spent away from thesis work. So, for those of you reading this with 18 hours of free time, go for it. You won’t regret it (though you might be in tears for a couple days, the good kind).

Those who’ve been following Ji Sung will also know that he’s the best husband ever, and that his wife, Lee Boyoung is just as incredible. She’ll  be in the drama following his, Whisper, which promises to be just as intense and dark as Defendant. But despite all this heaviness, the two have been visiting each other on set really really often, as Whisper‘s PD revealed. Lee Boyoung has shown up on set in the past during Kill Me Heal Me, and now Ji Sung and here keep going back and forth between each other’s sets. How adorable is that? Read more on soompi here, and here. And how adorable is the picture Ji Sung posted of her with his prison cellmates (or prison family as he called it). 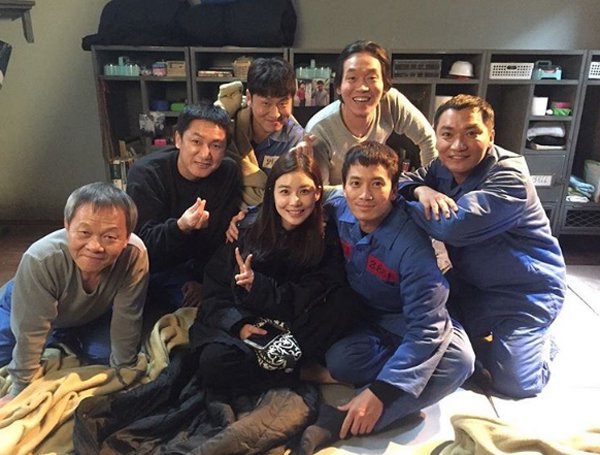 And here’s another of his visits, lol. Judging by his clothing, this was either right after he finished filming that beautiful hospital reunion in episode 10 or his meeting with Seong Kyu in episode 14.

According to both drama’s PDs, he often has to be called back to the set because he’s so focused on her acting! And hilariously enough, the same goes for her! More than a decade together but the romance is still crazy strong!

Great dramas often go unnoticed, which is why I’m so glad that Defendant‘s been a ratings monster. Here’s hoping that it breaks 30%! Go Jungwoo and team! “Cha Minho, you’re done for!”